Joan Chittister began writing about the issue of sexual abuse in 2002. In light of the recent release of the Grand Jury Report on Sexual Abuse of Children within Six Dioceses of the Catholic Church in Pennsylvania, we have excerpted from two of her articles that dealt with the issue.

I’m beginning to wonder if we’ve been overlooking the real meaning, the ultimate impact, of two of the most powerful lines of scripture: “And a little child shall lead them” or, alternatively, “Let the little ones come unto me.” Pedophilia, the abuse of children, has finally unmasked for all to see the operational principles of an organization that has been able for years to ignore, reject-- even disdain--the cries of multiple other groups of the ignored and abused.

In a church that newly calls itself “the people of God” but clearly still thinks of itself more narrowly in terms of the pre-Vatican II definition of the church—those faithful in communion with the local bishop who is in communion with the Bishop of Rome—hearing is not a strong point. In a church such as that, questions do not need to be addressed; they can simply be denied on grounds of “unity” or “obedience” or “faith.” But to ignore the questions of women was one thing; to ignore the children was entirely another. To dismiss married priests was one thing; to protect pedophile priests was another. To claim ultimate authority by the clerical one percent of the church was one thing. To reject the authority of the people in the pews who, the new Code of Canon Law says, have not only the right but the duty “to make known their needs to their pastors” is entirely another.

But the children, it seems, have put an end to the silencing. Pedophilia, rank at the base, rotten to the core, is changing all of that. Thanks to the unmasking of pedophilia, the mask of perfection, of unassailable privacy in a public institution, has been torn away for all to see. The small voices long smothered are, as sure as the trumpets of Joshua, shaking the walls of the clerical city of God. What we won’t do for ourselves, we will do for our children.

It is clear now, in ways it was never clear before, how much damage is done to the church itself, ironically, by the kind of silence that makes it impossible for the church to admit its weaknesses, to deal with its questions, to heal its wounds. The determination to avoid scandal by denying it has become the biggest scandal of them all.

This kind of “blind obedience,” once theologized as the ultimate step to holiness, is itself blind. It blinds a person to the insights and foresights and moral perspective of anyone other than an authority figure.

Blind obedience is itself an abuse of human morality. It is a misuse of the human soul in the name of religious commitment. It is a sin against individual conscience. It makes moral children of the adults from whom moral agency is required. It makes a vow, which is meant to require religious figures to listen always to the law of God, beholden first to the laws of very human organizations in the person of very human authorities. It is a law that isn’t even working in the military and can never substitute for personal morality.

If there are any in whom we should be able to presume a strong conscience and an even stronger commitment to the public welfare, it is surely the bishops and priests and religious of the church. But if that is the case, then the church must also review its theology of obedience so that those of good heart can become real moral leaders rather than simply agents of the institution.

A bifurcation of loyalties that requires bishops to put canon law above civil law and moral law puts us in a situation where the keepers of religion may themselves become one of the greatest dangers to the credibility—and the morality—of the church itself.

It is obvious now, thanks to the children, that the culture of sacred domination is dead. The notion that there is a clerical caste out there more moral than we, wiser than we, more sacred than we has eroded before our very eyes. From the Survivors Network for those Abused by Priests, to CORPUS: The National Association for a Married Priesthood, to the Catholic Theological Society of America, to the Woman’s Ordination Conference, to Voices of the Faithful, group after group is rising up to call the questions that, for the sake of the church, must be resolved by the whole church if the movement of the Holy Spirit everywhere is to live in this church at all.

Now we have nothing left to do but be church together—laity and clergy, women and men, old and young, weak, sinful, forgiving, caring and honest about the challenges that face us every day.

Indeed, the veil of the temple has been rent by its children. Behind the curtain of silence, exclusion and domination are all the rest of the questions that, if not resolved, will simply shake the timbers to the dust once more. It happened in the 16th century with the posting of Martin Luther’s list of questions. We should have learned then that questions do not go away; they only eat like termites at the foundations of a building.

“Once you bring life into the world,” Elie Wiesel wrote, “you must protect it. We must protect it by changing the world.” Well, maybe, but this time it looks as if it’s the children who are protecting us. 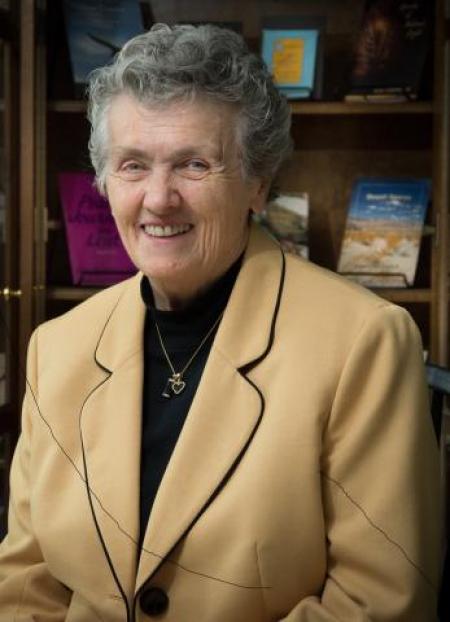