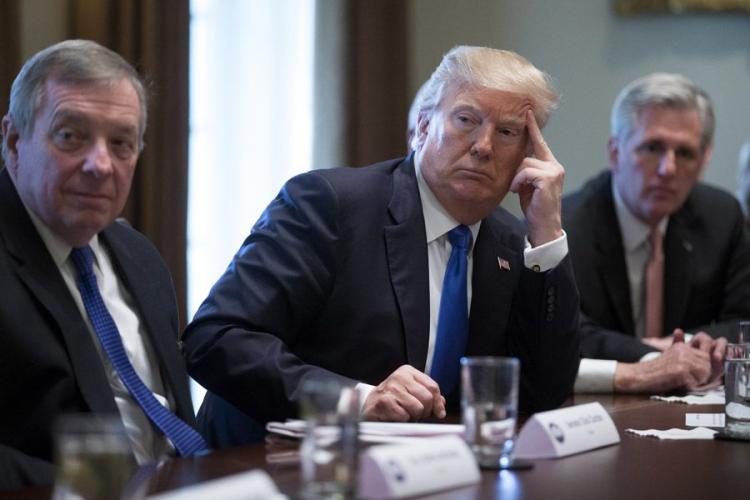 Martin Luther King Jr. wrote once, "In the end, we will remember not the words of our enemies, but the silence of our friends." It's the congressional silence in the face of President Donald Trump's unpresidential, international insult of black countries that is bothering me right now.

I haven't been writing columns as much lately as I did before the 2016 presidential election — for lots of reasons. But one of the most salient of my concerns was that I wanted to call myself to all the objectivity about this new presidency that I could muster because I certainly had not voted for it. At the same time, I did not want to pile on.

I was actually censoring myself in the hope of coming to new insights about the current presidency that could help to bring the country together rather than divide it even more than it is.

But last week a line was crossed in my heart. It touches the way we deal with people. It touches our very integrity as a nation. It touches my understanding of what it is to send people to Congress on our behalf.

I believe that if we do not as a people say "Enough!" now, we will regret it for years.

To elect a racist, misogynist, street-corner-brawler as president is one thing. We knew what we were getting. We watched him perform unabated in the campaign. But the present situation is beyond defense.

Crude, rude and emotionally uncontrolled presidents are dangerous. They affect foreign policy, national welfare and international relations. As a result, a nation once thought to be the gold standard of governments, thanks to Trump, is now dealing with all three issues.

More than that, the Congress that reminds us regularly that they are a "coequal branch of government" is at least as much a factor at this turning point in American politics as the president.

It is difficult to decide which is worse: A president unworthy of the office or a Congress unworthy of their power and place in American society. A Congress that stands by meekly — silently — while the standards of the presidency and the character of the nation deteriorate from the top down also betray us.

Congress and its leaders say not an official word of public censure about the racism that has been exposed in relation to our immigration policies. The silence in this case is not virtue. By saying nothing about the racism that underlies the president's attack on black countries, Congress abdicates its responsibility to the nature of American democracy.

The question, then, is what can you and I do to stop this slide to the bottom of the international pit?

Only the public can say a word now that can signal to the world that, at its root, America is still American in all its ideals and all its colors.

A censure is a military procedure used to publicly and officially address "conduct unbecoming an officer." It is a public rebuke of the commander in chief that is halfway between opening impeachment proceedings and doing nothing at all.

If you want to be part of the voice that makes America America again, contact Congress and call for censure.